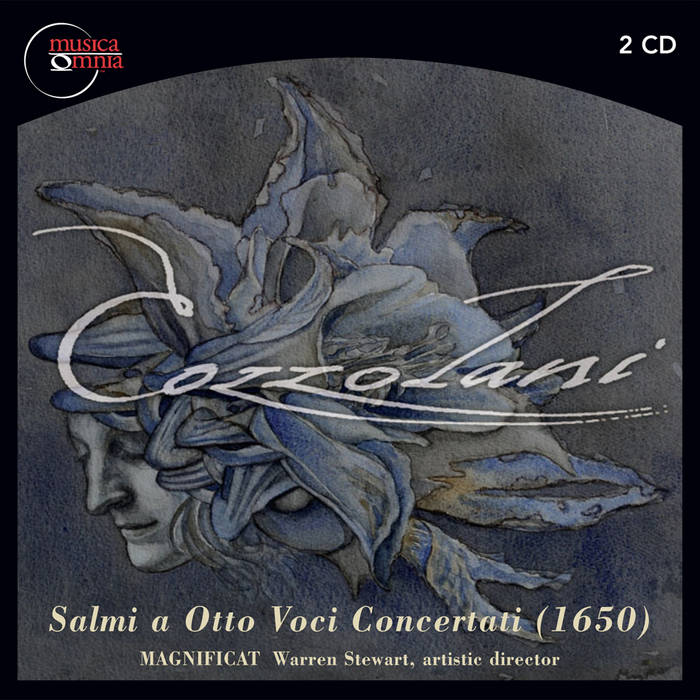 
Cozzolani subtitles this composition "In Forma di Dialogo", signaling a very free recasting of the psalm text into a series of questions and answers between interlocutors. While the entire psalm text is traversed in its proper sequence (with the omission of occasional words), the text also serves as a matrix from which various phrases can be extracted and inserted repeatedly in the midst of other verses.

The text repetitions show "Beatus vir" used repeatedly as a refrain, particularly in the first several verses of the psalm. From the middle verses onward, "Iocundus homo" serves as the refrain, though "Beatus vir" returns in the eighth and ninth verses. "In memoria aeterna erit iustus" from the sixth verse also recurs in the middle of the eighth and ninth verses. Cozzolani generates one or more questions out of the declarative statements of every verse up to the Gloria Patri. In the Doxology, she mixes the Gloria with the Sicut erat, reinforcing the eternity of the glorification of each member of the Trinity.

Cozzolani's free manipulation of the text bears witness to her conception of the psalm as a lesson in action and faith rather than merely a succession of verses to be recited in fulfillment of the liturgical requirement of the Office. This dramatic conception of the text finds its echo in the musical setting as well. The two choirs are of equal significance, and while one choir may momentarily be set off against the other, equivalent voices from the two choirs more often pair with one another in imitation or in parallel thirds.

Cozzolani's basic means of handling the dialogue format is to assign the questions to a solo voice or a pair of voices in the same register in imitation or parallel thirds, and to provide the answers with anywhere from a solo voice to the full choirs. In the first verse, the questions are posed by two tenors (sopranos on Magnificat's recording) in imitation and in parallel thirds, while the response is given to a trio of two sopranos in parallel thirds supported by an alto. In the second verse, "Potens in terra", the questions are asked by a solo bass and the two altos answer in parallel thirds and in imitation. This pairing of tenors and sopranos in the first verse and bass (alto on the recording) and altos in the second is indicative of Cozzolani's tendency toward systematic organization, especially in voicing, throughout the psalm. In the third verse, "Gloria et divitiae", questions in a solo tenor alternate with answers by a solo soprano, and in the fourth verse, "Exortum est in tenebris", the pairing is once again a solo bass and two altos, though this time it is the altos that ask the questions and the bass that replies. The fourth verse begins with the solo bass, just as the third verse had begun with a solo soprano.

Matters become more varied in the fifth verse, "Iocundus homo", where the solo sopranos alternately intone the questions, while the answer, "iocundus homo", constitutes a four-voice refrain utilizing only the three lower registers. In the sixth verse, "In memoria aeterna", the questions are voiced by the two lower voices of the first choir, while the responses are sung by the three lower voices of the second choir. The seventh verse, continuing the systematic alternation of voices and choirs, sets the questions in a solo tenor of the second choir and the responses in the full first choir. In the eighth verse, an alto duet asks the questions, answered by sopranos in parallel thirds supported by a tenor and then by a pair of tenors. Finally, in the ninth verse, the question in a solo tenor is answered by both choirs in homophony.

These questions and their replies comprise only part of the musical progress of the psalm, since many passages are simply declarative statements set for anywhere from a solo voice to the entire ensemble. And the structure is complicated by the refrains, which are generally for both choirs. Even these refrains are symptomatic of Cozzolani's tendency toward systematic organization. The "Beatus vir" refrain at the end of the second verse repeats the music of the refrain at the end of the first verse, but interchanges the upper three voices with slight modifications. The refrain at the end of the third verse largely repeats the voicing of the version from the first verse, while the refrain for the fourth verse is close to that of the second. The Iocundus homo refrain, on the other hand, is the same each time it returns.

Cozzolani is quite sensitive to the semantics of the text throughout the psalm, and frequently treats it in the manner of a madrigalist. The questions are often couched rhetorically with a rise in pitch at the end. A word such as "potens" is presented in a rhythmically strong triadic outline, while "cornu exaltabitur" ("horn" as a metaphor for strength) imitates the rising fifth of a horn, first in diatonic ascent, and then in triadic outline (bars 251-54). Similarly, Gloria in the phrase "Gloria in domo eius", inserted from verse 3 into verse 8, is given numerous rapid reiterations in sequences of rising fourths in imitation of a trumpet call. The words "manet in saeculum saeculi" in the third verse are presented repeatedly in various two-part imitations, one voice obviously leading the other. Particularly striking is the chromatic descent in the solo bass in the fourth verse at the words "misericors" & "miserator" (bars 115-18).

Cozzolani pays particular attention to interpretation of the text in the ninth verse, where the opening words, "Peccator videbit", are set homophonically, and uniquely, on F# minor and B minor triads. The subsequent phrase "et irascetur" is also set chordally, but in very rhythmically agitated declamation outlining a G major triad. The word "fremet" prompts a unique treatment in C major where the basso continuo repeats the root of the chord in static fashion, while the two bass voices leap about the root and fifth, and pairs of other voices move rapidly back and fourth in parallel sixths. This is as clever a metaphor for the visual image as anything found in Marenzio´s madrigals. As an insert into the ninth verse, Cozzolani combines the words "in memoria aeterna erit iustus" from the sixth verse with the phrase "in aeternum non commovebitur" from the end of the fifth verse. While the motive for "in memoria aeterna" is the same as in verse 6 and its reiteration at bars 248-50, the motive for "in aeternum non commovebitur" consists of an unchanging reiteration of a single pitch (until the fall of a third on the last two syllables). Thus the musical image of immovability is placed in counterpoint to the eternal memory of the just man. These and other musical metaphors for words, phrases and concepts in the text are capped off by the "Beatus vir" and "Iocundus homo" refrains, both festive in character in their eight-voice homophony. The "Beatus vir" refrain, the use of triple meter for "Iocundus homo", and the parallel treatments of specific words between Cozzolani's setting and the "Beatus vir Primo a 6" from Monteverdi's Selva morale et spirituali of 1641 suggest that Cozzolani modeled several aspects of her version on the earlier one by the maestro of St. Mark's.

Cozzolani's harmonic palette does not extend widely beyond the principal tonality of A, though there are numerous instances of abrupt harmonic shifts involving chromatic changes, such as from A major to C major. Clear harmonic direction and cadences are often expressed through harmonic and melodic sequences, which constitute a primary structural element in the setting. Of particular interest are the frequent biting dissonances, including successive cadential seconds, the final one comprising a minor second. Even the final cadence involves a striking juxtaposition of c#" against d and d'. There are numerous interruptions of the prevailing duple time by sections in triple meter, sometimes in connection with the celebratory presentation of phrases such as "Gloria et divitiae" or "Iocundus homo" (though the refrain on the latter words is in duple meter), and on other occasions simply as another mode of contrast within the overall structural organization.


Blessed is the man that feareth the Lord:
he shall delight exceedingly in his commandments.
His seed shall be mighty upon earth:
the generation of the righteous shall be blessed.
Glory and wealth shall be in his house:
and his justice remaineth for ever and ever.
To the righteous a light is risen up in the darkness:
he is merciful and compassionate and just.
Joyful is the man that showeth mercy and lendeth
he shall order his words with judgment:
because he shall not be moved for ever.
The just shall be in everlasting remembrance:
he shall not fear the evil hearing.
His heart is ready to hope in the Lord:
his heart is strengthened:
he shall not be moved until he look over his
enemies.
He hath distributed he hath given to the poor
his justice remaineth for ever and ever:
his horn shall be exalted in glory.
The wicked shall see and shall be angry,
he shall gnash his teeth and pine away:
the desire of the wicked shall perish.
Glory be to the Father and to the Son:
and to the Holy Spirit.
As it was in the beginning, is and ever shall be:
world without end. Amen.