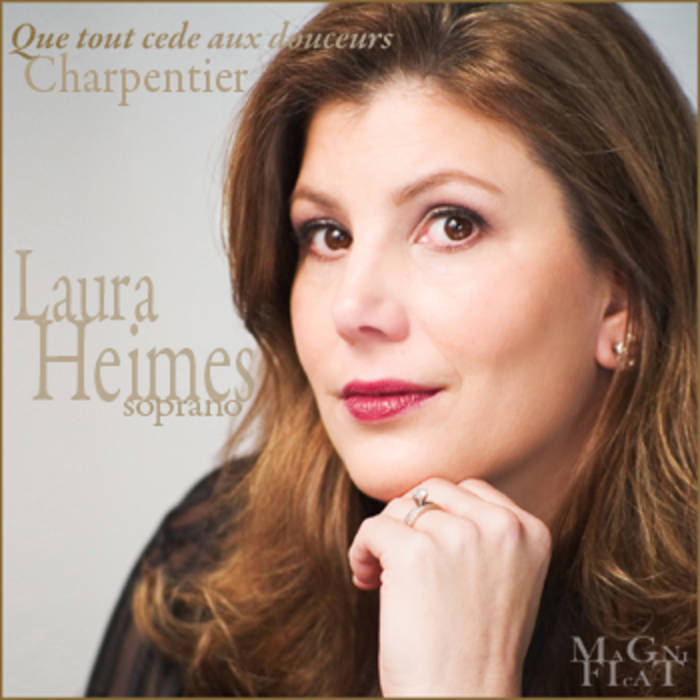 From late 1679 until mid-1683, Marc-Antoine Charpentier composed music for the establishment of the eldest son of Louis XIV and Queen Marie-Thérèse. Also named Louis, he was popularly known as the Grand Dauphin and referred-to at court as “Monseigneur”. Monseigneur had been given a musical establishment of his own a few months prior to his wedding (on 7 March 1680) to Maria Anna of Bavaria, and for several years he remained loyal to Charpentier and his musicians—who would provide music throughout the 1680s.

“The Dauphin’s Music” consisted of three vocalists: Magdaleine Pièche, a high soprano (haut-dessus); Marguerite Pièche, a soprano (dessus); and Antoine Frison, a bass (basse). They were accompanied by two treble instruments - usually flutes, played by Antoine and Pierre Pièche - and basso continuo. Charpentier had known the singers from his collaborations with Molière in the early 1670s, when the Pièche sisters (then ages 7 and 9) had danced in, and Monsieur Frison had sung in, Le Malade imaginaire (1673).
So taken was Monseigneur with his Music, and so eager was he to please his new bride (who had a fine voice and extensive vocal training), that he began taking singing lessons himself. The Dauphin, “in his extreme youth, where the generosity and the kindness of his heart were continually appearing, thought only of his pleasures and left the cares of the Crown to the King his father.” By contrast, the Dauphine was proving to be “a princess with a great deal of wit, but she did not permit its breadth to be seen in all sorts of situations. She kept her eyes on the King, wanting to let his wishes entirely rule hers, and to do nothing that would appear disagreeable to him.”

The Dauphin’s education was all but over by the final months of 1682, and his Bavarian bride was becoming quite outspoken about her musical and theatrical tastes. Mirroring this change in focus, Madame de Guise ordered some entertainments for the coming winter season, when she would be in residence at Versailles. One of these court events was the “Fête of the Apartments”, an innovation by Louis XIV himself that began in November of that year and continued well into January. Three times a week, from 6 until 10 in the evening, a variety of entertainments were held in the principal rooms of the Great Apartment of Versailles: billiards, cards, games of chance, refreshments (including fruits, sorbets, wine and liqueurs, and hot coffee and chocolate), plus “symphonies” and “dancing”. Throughout the fête, only a few guards were present, and the King, the Queen, and all the royal family stepped down from their grandeur, to gamble with some of those present, who have never before
been so honored…[The King] goes to one game or another. He allows no one to rise or stop the game when he approaches.

During this fête, an “opera” was performed every Saturday (Mercure, Jan. 1683). Les Plaisirs de Versailles was most probably performed on these occasions. In an annotated list of the manuscripts
that Charpentier bequeathed to him, the composer’s
nephew Jacques Edouard claimed that Les Plaisirs de Versailles was a “piece for the King’s apartments” = for those evening entertainments in the royal palace at Versailles hosted by the King (and referred to generally as “the apartments”). Indeed, on his manuscript title page Charpentier includes the rubric: “la scène est dans les app[artements] ”.

Music
Let all succumb
to my beguiling music.
Mortal Gods, revere the divine harmony!
It is easy to banish from the elements
my enemy, Discord,
and to regulate the movements
of these luminous bodies, whose infinite power creates the joys
or disasters of life.
But what makes my destiny enviable
is that mine is the glory to be loved
by the most celebrated of conquerors.
Mortal Gods, revere divine harmony!
The monarch of the lily
indulges in me as a glorious diversion.
Let all succumb
to my beguiling music.

Chorus of Pleasures
Mortal Gods, revere divine harmony!
The monarch of the lily
indulges in me as a glorious diversion.
Let all succumb
to my beguiling music.