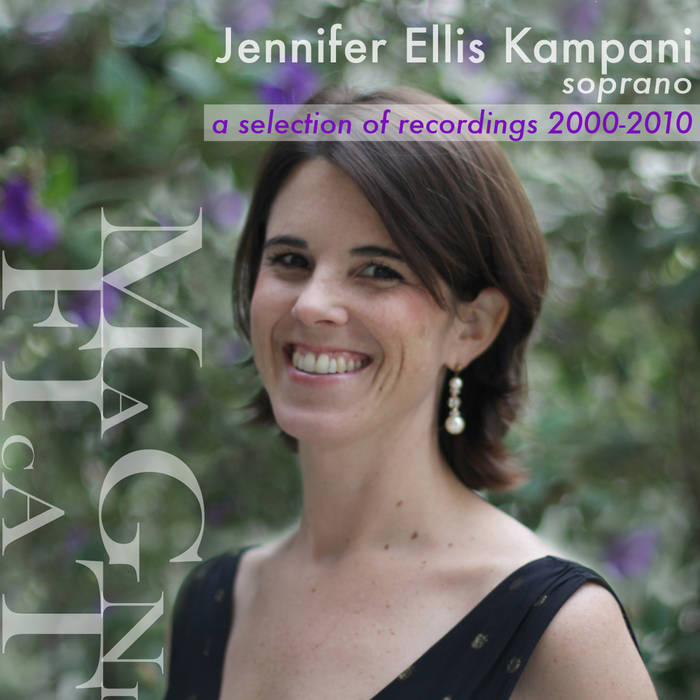 Chiara Margarita Cozzolani’s setting of the psalm Laudate Dominum omnes gentes, one of only two works by the composer involving obbligato instruments and her only psalm setting for solo voice. As with her second setting of Laudate pueri, Cozzolani adds two violins to the texture and, as in that psalm, the violins are used here both to punctuate the text with ritornelli and in interactive dialogue with the voice.

Magnificat’s recording features soprano Jennifer Ellis Kampani, who will perform a solo recital as part of Magnificat’s 2010-2011 season. The recording also features violinists Rob Diggins and Jolianne von Einem and the continuo team of David Tayler, theorbo, and Hanneke van Proosdij, organ. Laudate Dominum omnes gentes will be included in Volume 1 of the complete works of Cozzolani, which will be released by Musica Omnia at the 2010 Berkeley Early Music Festival.

Robert Kendrick provides a succinct analysis of the structure of Laudate Dominum in his seminal work on the music of nuns in 17th century Milan, Celestial Sirens:

“Given the liberties of both the psalm settings and the mottetto con strumenti, it is surprising that Cozzolani’s solo Laudate Dominum with two violins is nor even freer than its simple structure would indicate: an opening section ‘Laudate…omnes populi’ for solo voice, long instrumental ritornello, and tutti (with recalls of the opening at the end); the remaining psalm text, which moves from B minor to D minor; the return of the opening vocal idea and the ritornello, and then another troped doxology. This begins with new material but then interlaces the setting of ‘laudate’ in the middle of ‘et nunc et semper’, then surprisingly sets the last verbal phrase to the music of ‘omnes populi laudate’ from the very first tutti. As elsewhere in Cozzolani’s music, the surprise is not the use of the refrain but the way in which the first section is split and recalled unexpectedly–a final reflection, again, of the salmo bizzaro.”

O Praise the Lord, all ye nations:
praise him, all ye people.
For his mercy is confirmed upon us:
and the truth of the Lord remaineth for ever.