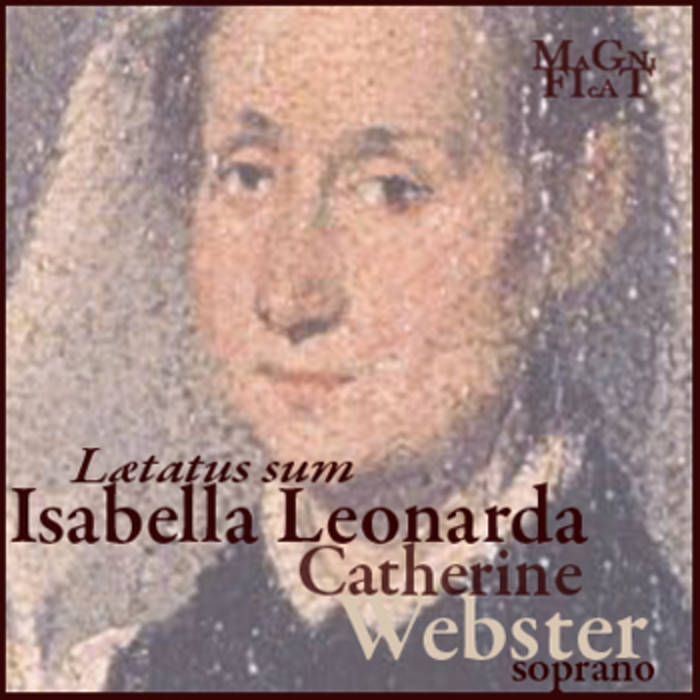 Born into a noble family of Novara in Piedmont on September 6, 1620, Isabella Leonarda entered Collegio di S Orsola, an Ursuline convent, in 1636 at the age of sixteen and remained there for the rest of her long life. She acceded to the position of mother superior in 1686, and by 1696 she was madre vicaria.

Easily the most prolific woman composer of the century, she published twenty collections of music, containing over 200 compositions that feature examples of nearly every sacred genre. Little is known of Isabella’s musical education. It has been suggested that she studied with Gasparo Casati, maestro di cappella at the Novara Cathedral from 1635-1641. Two of Isabella’s works were included by the composer in a collection of sacred concerti published in 1641. A document from 1658 identifies Isabella as music instructor at the convent as well as “mother and clerk for her congregation.” By 1676 she had attained the rank of mother superior and by 1693, mother vicar.

This setting of Psalm 121 Lætatus sum is drawn from Isabella’s last collection of liturgical texts, the Salmi Concertati a 4 voci con strumenti, op. 19, published in Bologna in 1698. These works represent her most modern works, stylistically and harmonically, and the collection appears as a counterpart to her setting of the mass ordinary for the same vocal and instrumental forces published two years earlier.

I rejoiced at the things that were said to me:
We shall go into the house of the Lord.
Our feet were standing:
in thy courts, O Jerusalem.
Jerusalem, which is built as a city:
that is compact together.
For thither did the tribes go up, the tribes of the Lord:
the testimony of Israel, to praise
the name of the Lord.
Because their seats have sat in judgment:
seats upon the house of David.
Pray ye for the peace of Jerusalem:
And abundance for them that love thee.
Let peace be in thy strength:
and abundance in thy towers.
For the sake of my brothers and my neighbors:
I spoke peace of thee.
For the sake of the house of the Lord our God:
I have sought good things for thee.
Glory be to the Father and to the Son :
and to the Holy Spirit.
As it was in the beginning, now, and for ever:
world without end. Amen.

Live performance by Magnificat on February 2, 2003.