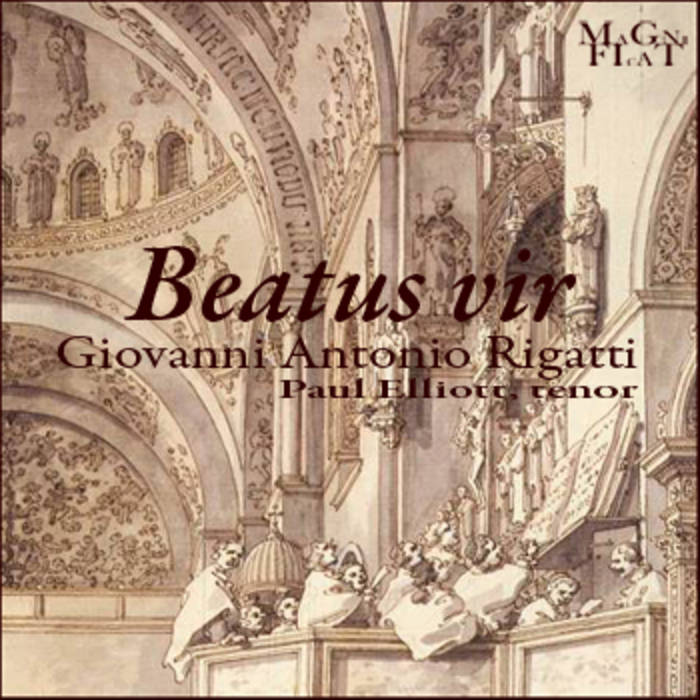 Giovanni Antonio Rigatti is a name that until recent times was virtually unknown to music history. Born in Venice in 1613, he has been overshadowed by his more famous contemporaries, especially the chapel master of St. Mark’s cathedral, Claudio Monteverdi, under whom Rigatti sang as a boy and possibly studied composition. Rigatti eventually left St. Mark’s to pursue a career as organist, choirmaster, composer and singing teacher.

In 1634 he published his first book of motets and his first book of madrigals in 1636. In 1635, he became chapel master at the cathedral of Udine, north of Venice. In his installation ceremony, the 22-year-old maestro was cited as “one of the best musicians of Venice.” However, he remained in this role for only 18 months, returning to Venice and in 1639 becoming organist, master of the choir and music teacher to the girls at the Ospedale dei Mendicanti (beggar’s refuge), one of the Venetian orphanages for girls where music was such an important factor in their education (in the 18th century, Antonio Vivaldi was for many years director of music at the Ospedale della Pietà, renowned among Venetians and foreign visitors for the quality of its concerts).

Rigatti was an active composer during his short professional life, publishing two collections of secular music and eight of sacred music. The largest of these, issued in 1640 and dedicated to the Hapsburg emperor Ferdinand III in Vienna, contains a mass, numerous Vesper psalms, a Magnificat and two Marian antiphons
for different combinations of voices, a pair of violins and other instruments. This is the primary source of the music of today’s concert, in a modern edition by Linda Maria Koldau. This setting of Psalm 111, Beatus vir for tenor solo, violins and continuo, is drawn from this collection.

Blessed is the man that feareth the Lord:
he shall delight exceedingly in his commandments.
His seed shall be mighty upon earth:
the generation of the righteous shall be blessed.
Glory and wealth shall be in his house:
and his justice remaineth for ever and ever.
To the righteous a light is risen up in the darkness:
he is merciful and compassionate and just.
Joyful is the man that showeth mercy and lendeth
he shall order his words with judgment:
because he shall not be moved for ever.
The just shall be in everlasting remembrance:
he shall not fear the evil hearing.
His heart is ready to hope in the Lord:
his heart is strengthened:
he shall not be moved until he look over his enemies.
He hath distributed he hath given to the poor
his justice remaineth for ever and ever:
his horn shall be exalted in glory.
The wicked shall see and shall be angry,
he shall gnash his teeth and pine away:
the desire of the wicked shall perish.
Glory be to the Father and to the Son:
and to the Holy Spirit.
As it was in the beginning, is and ever shall be:
world without end. Amen.